This Much I know

Limitless, I came to a world where the moon lay so huge and ivory and cratered that it blotted out the sun above a mirror-twin to Earth. Except, there in that strange land everything was alive and nothing was dead, even the dead, and I could find no familiar scent to guide me through. Where the rocks spoke to me and so did the water and so did the sand and so did the plants.

There, ultimately, I found my purpose. There, I was transformed once more and truly became the blue fox. Out where all the smells run together and you cannot trust your senses.

What lived there had lost its name long ago. What lived there changed shape and form and spoke in different voices. Had been created as one thing, brought up as another. What lived there was serious and playful and lonely but not alone. It had known me before. It knew me now, read my mind, my intent, encouraged it.

It will take time. You will not survive to see the end of it. And one day, Time will bring you back here, in some form. To this place.

But there was just laughter in reply.

In the end, if you change the enemy enough, if you wear them down, perhaps losing is good enough.

This much I know, among all the other things I know. 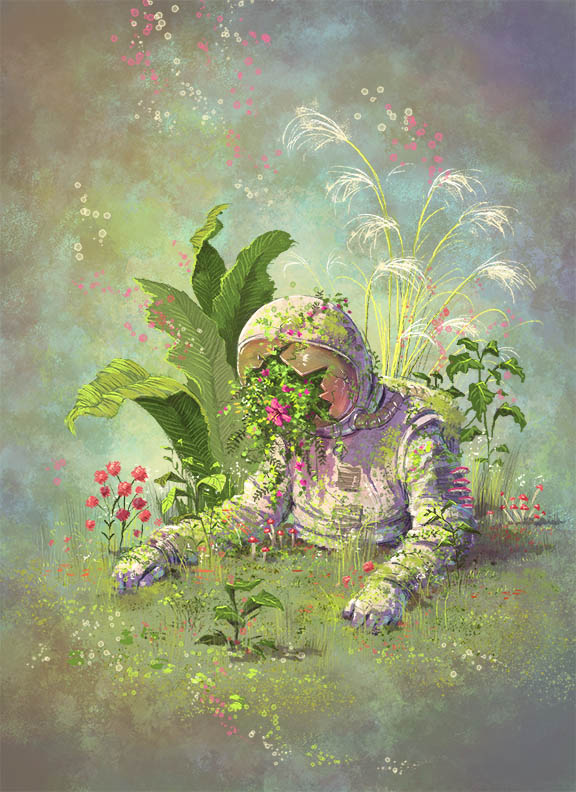 To the Children I loved

Attend to what love requires of you.

from “Advices and Queries,” from Geoffrey Durham. “Being a Quaker”

I watched clouds a wobbly from the floor o’ that kayak. Souls cross ages like clouds cross skies, an’ tho’ a cloud’s shape nor hue nor size don’t stay the same, it’s still a cloud an’ so is a soul. Who can say where the cloud’s blowed from or who the soul’ll be ‘morrow? Only Sonmi the east an’ the west an’ the compass an ‘ the atlas, yay, only the atlas o’ clouds.

“A person creates the word. Gives in to the world, and becomes the word.” It sounded like a sigh. “You have no words. You have been separated.” Separated from her words. The world was built on a new language, and she would not be part of it, only an observer, a watcher. Berols’ Anna turned her head and gazed out on the chaos. “When all of this has become, you will remain; the people like you will remain, all of you, as you are, separate. But we will carry you.” She stroked Vanja’s cheek. “We will always carry you, little herald.”